In order to see necrotic enteritis (NE) in a group of birds, C.perfringens infection needs to be present. There are many strains of C.perfringens, and they vary in their ability to damage the intestine and cause disease in birds1. Practically, what this means is that there are some forms of C.perfringens that allow them to out-compete other “good” bacteria and cause damage to the intestines. The process through which C.perfringens causes disease (otherwise known as its pathogenesis) is summarized in the following figure:

Figure: The disease process of NE in poultry2

Infection with C.perfringens is through the fecal-oral route — birds consume the bacteria from a contaminated environment. C.perfringens then establishes itself (colonizes) and multiplies in the intestines of birds, acquiring iron and other nutrients essential for growth. After this, C.perfringens need to find a way to evade the immune defenses of the bird, allowing them to grow in numbers and damage the intestines. C.perfringens causes this damage, including production of toxic gases in tissue, severe inflammation, platelet clotting (which, in turn, prevents blood clotting, allowing for bleeding to occur), and damage to the cells lining the intestines preventing absorption of nutrients, through the production of necrotic enteritis B-like toxins (NetB)3. To complete the disease cycle, in infected birds, C.perfringens is shed in the manure, contaminating the environment, allowing it to transmit and infect other birds.

Coccidiosis: A gateway to NE

There are a variety of “good” bacteria present in the gastrointestinal tract of birds — they play an important role in digestion, growth, and immune function. Collectively, bacteria, viruses, and protozoa that live in the guts of animals are called the microbiota.

Infection with the parasite Eimeria spp. (also known as coccidia) can play a key role in disrupting the protective gut microbiota, setting the stage for C. perfringens to invade, proliferate, and cause disease1. Coccidiosis also damages the gut leading to the release of a significant amount of protein. If C. perfringens is there, it gives them a valuable source of nutrition and allows their numbers to grow1. 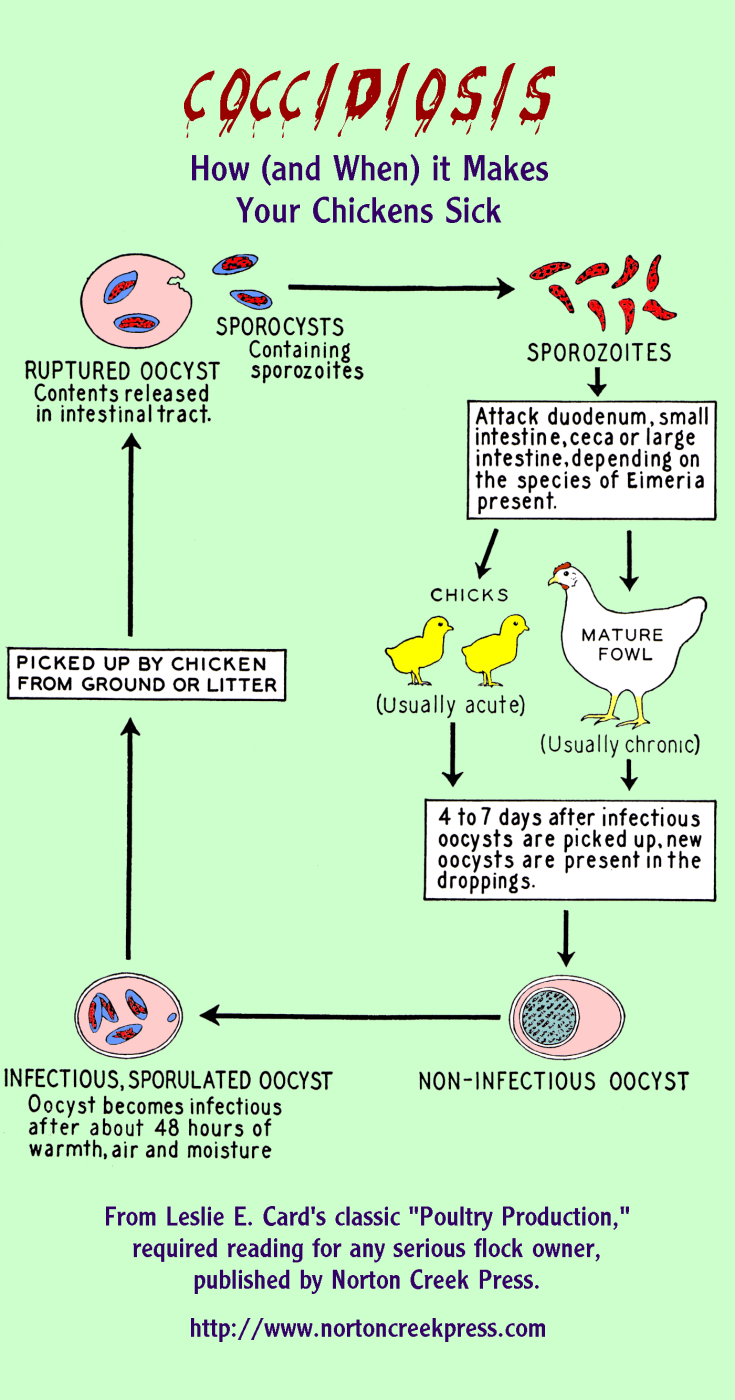 Infection with other disease-causing bacteria can also predispose birds to NE. For instance, Salmonella infections are found to increase NE severity and death rates1. These effects could be due to intestine damage allowing other bacteria to penetrate the intestinal cells or through suppression of the bird’s immune system1, reducing their capacity to fight off future infection.